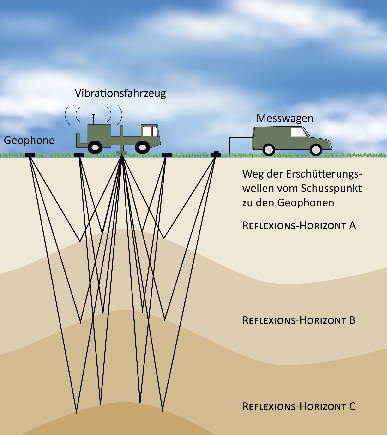 The principle is similar to echo sounding used on boats to measure water depth or ultra-sounding used in the medical world. Here the method is used to look into humans without causing any damage. The tools used to make the sound and listen to the echos are however very different pending the application. On a Boat and in the Medical world the sound source and receiver is in the same instrument and the data can be used immediately. It is slightly more complicated when the measurements are made to look into the earth.

Seismic measurements have been carried out in Germany and in other parts of the world since the early 1920ies, and the method were actually pioneered in Germany by Ludger Mintrop. He invented a portable seismograph that could be used to listen and record the Echos coming back from the earth. The portable seismograph became instrumental to the early development of the seismic method. Electronic and recording equipment have since then as everything else evolved significantly.

Today the recording equipment is small very sensitive microphones, so-called "geophones" that is located on the ground (picture below left) and connected with cable and radio to an electronic recording system also commonly located on a truck (picture below mid). The sound waves are normally generated by vibrators mounted on trucks (picture below mid) or in rear cases by very small controlled explosions in predrilled boreholes. The vibrator trucks generate very low frequency sound waves in the range of 5 to 150 Hz. The sound can only be registered by humans in immediate vicinity of the trucks as light vibrations in the ground (tickle in the feet). The Echoes are generated in the ground where the geology of the rocks changes just like the change between air and rock on a cliff face, water and the seabed or between bone and soft tissue. The recording equipment records the echos and after some computer processing the geologist can have a sound picture of the earth.
The seismic recording are normally carried out on pre-surveyed line or in an aerial pattern to give the geologist a 3D sound view of the earth (picture below right), that can be used to map the location and size of potential gas traps before drilling. 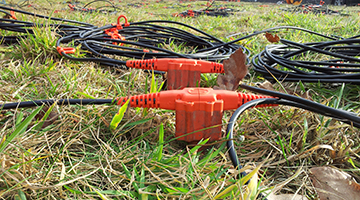 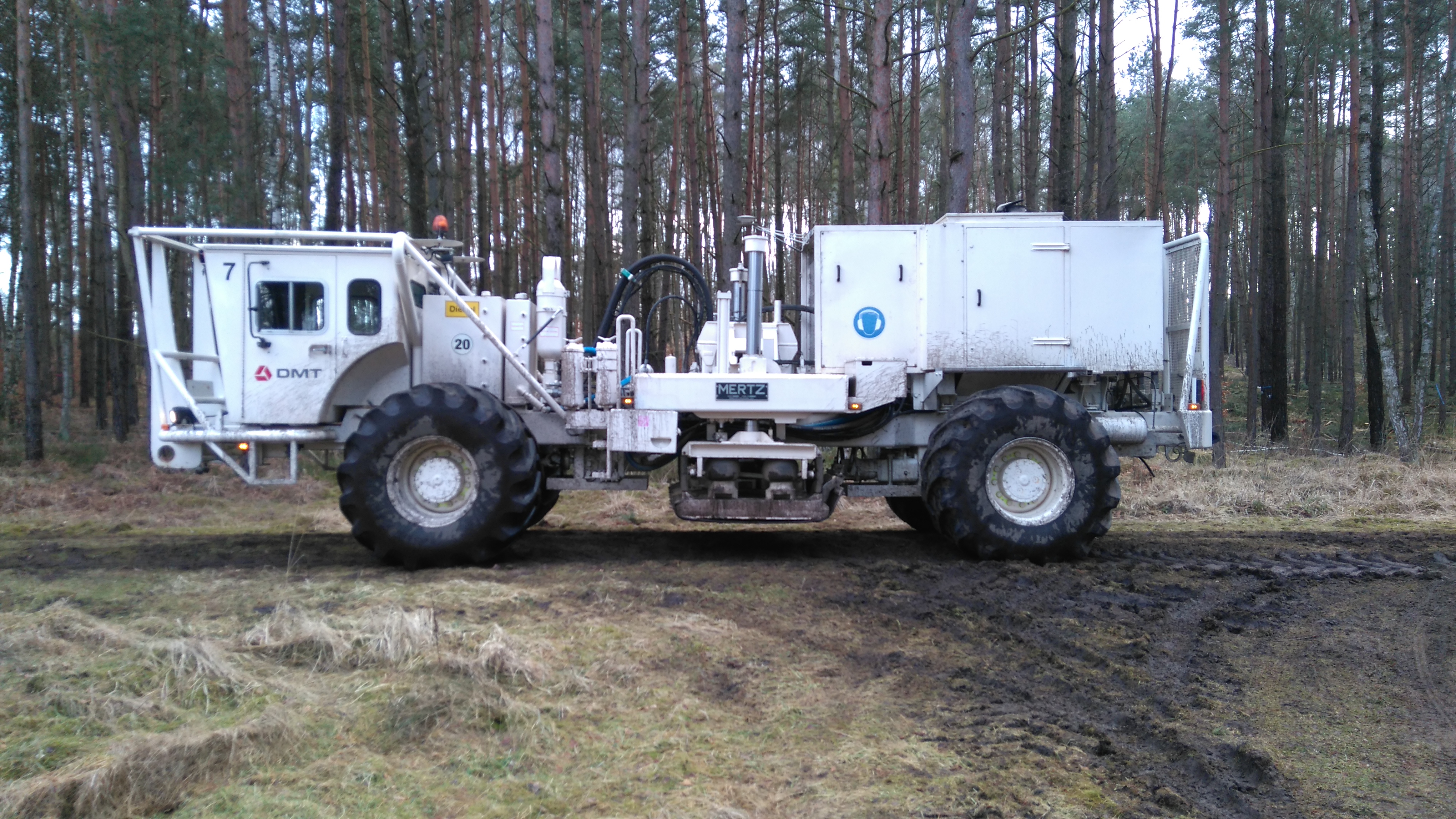 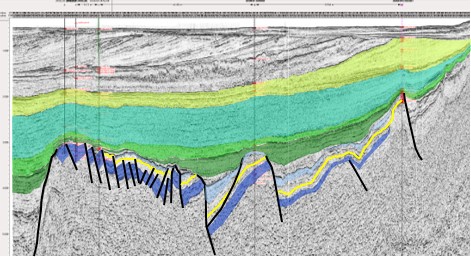